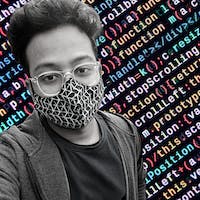 Subscribe to my newsletter and never miss my upcoming articles

Developers are responsible for the consistency and stability of a product. But they can’t accomplish it without testing. In this article, we will learn how to set up the Mocha unit testing framework along with Chai which is an assertion library and write some simple tests.

& then install both Mocha & Chai as devDependencies:

To run it we are going to use the mocha command but I wanna be able to do npm run test so let's set up a test script in our package.json: 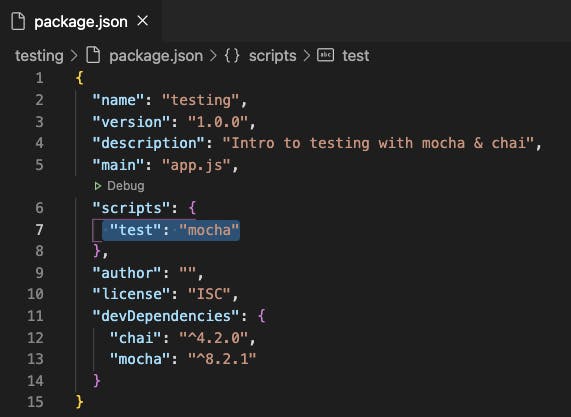 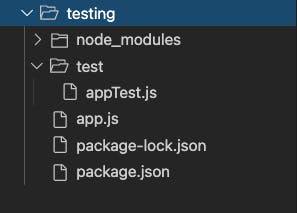 Let's create a simple function which returns the sum of two numbers & write a test to check if the function returns the intended output.

Let's walk through the above code. At the top, we have required the assert module of Chai & our app.js file. This assert module provides several tests and is browser compatible. Then we have describe() & it() functions of Mocha to create the test.

Now to write the actual test case we are using Chai's assert module. There are a number of different assertion tests included with assert. The one we’ve used is assert.equal(actual, expected). This tests equality between our actual and expected parameters using double equals ==.

Mocha outputs the results of the tests and shows them on the command-line:

Assume that we have made a mistake when writing our function. We have added - operator instead of +.

When we run the tests again, both the test cases fail due to this mistake: 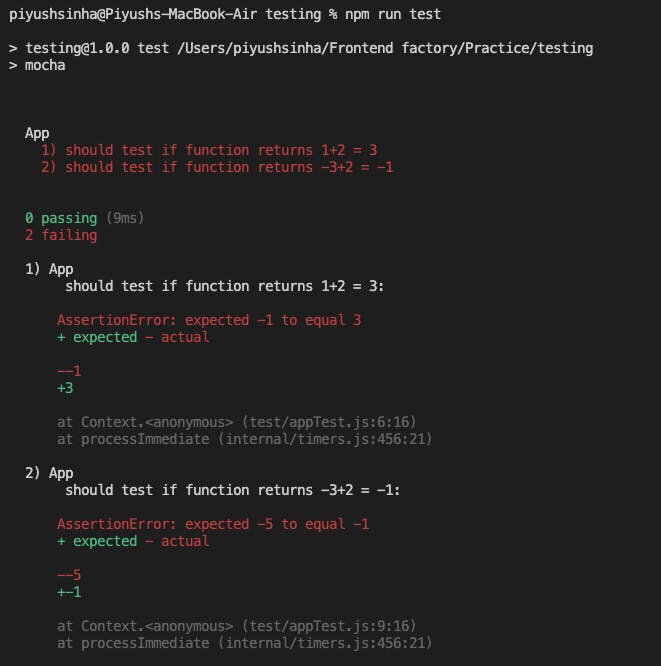 Because of unit testing, we are able to catch and correct mistakes like this easily without having to pour hours into finding where the bug is.

We can now (ideally) understand what Mocha is, how to set it up, how to group tests, and how to use an assertion library. We will discuss writing complex test cases, integration testing, and other testing practices, like using mocks in the coming articles.

I hope you've been enjoying my articles. If you found them useful, consider buying me a coffee! I would really appreciate it.